We’ve got you covered on the last day of April and Labor Day.

The world celebrates jazz on the last day of April because it is international jazz day. Slovakia will even learn which new Slovak jazz album will win the Esprit prize. See this year’s nominees.

Jazz isn’t necessarily everyone’s cup of tea. So you can find more tips on how to spend your April 30 and Labor Day in this week’s Spectacular Slovakia Roundup. Boating, hiking and exploring old school buildings are the activities we offer this time around, unless you want to erect your own mast before May arrives.


Lubená, a folk group from Poluvsie in the Prievidza district, Trenčín region, will erect a maypole in the open-air museum in the Slovak village of Martin, Žilina region, at the end of April 2022. (Source: TASR)

You can also help a good cause. Whatever you do, have a good weekend.

The new sailing season on the Baťa Canal, a unique waterway connecting the Slovak region of Pomoravia with Moravia in the Czech Republic, will start in the town of Skalica on May 1.

The Baťa Canal is 55 kilometers long. Eight ports are built there. The last of them, Otrokovice in Moravia, can be reached from Skalica in five to six days.

“This event shows that Skalica is not just a royal town with historical monuments,” Zdenko Čambal of the Záhorie regional tourism organization told TASR newswire. People also have the opportunity to discover the natural and touristic beauties associated with tasting local food and drink, he added. 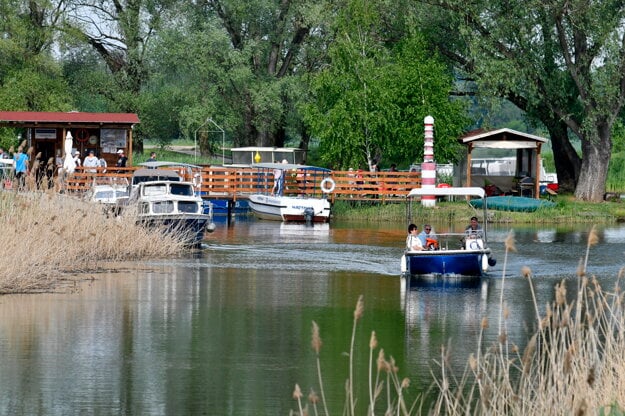 The launch of a new navigation season on the Baťa Canal in Skalica in 2018. (Source: TASR)

The only Slovak port on the Baťa Canal was opened in Skalica 16 years ago. The canal was created as an artificial inland waterway in the thirties.

The Slovak singer on tour with Imagine Dragons

Slovak radio stations rarely play his music, although it is recorded in English. Young Slovak artist Karin Ann doesn’t seem to care. Instead, she made her way to the music world in other places.

The artist has announced that she will be opening for Imagine Dragons at three European shows in early June. “It’s a great honour,” the singer said, “I like them and agree with their views, for example on LGBT rights.”

It was only recently that Karin Ann returned from touring with the British music sensation Alfie Templeman. She also appears on The great Escape line-up, which takes place in Brighton in May.

The singer will be promoting her new EP, “side effects of being human”, which was released in February. 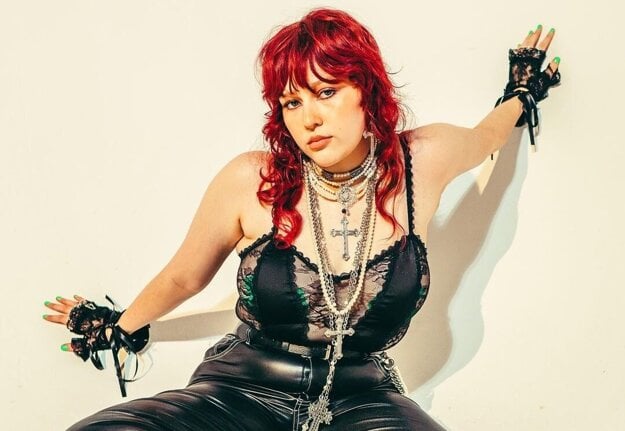 Karin Ann, who is compared to Billie Eilish, is not totally unknown to the British public thanks to DJ Jack Saunders of BBC Radio 1, one of the most listened to radio stations in Britain. In February, he performed Karin Ann’s single “watch pornto listeners. A month later, he chose “almost 20“, a personal song of the singer, for his show dedicated to future artists.

“The single addresses my feelings during adolescence, which were heavily influenced by two years of involuntary isolation from my peers,” the Gen Z voice said of the song. In her songs, she often addresses discrimination, relationships and sexism, which are topics that very few artists sing about in Slovakia.

The Trenčianska Nadácia foundation in Trenčín, western Slovakia, recently came up with the idea of ​​printing children’s books in Ukrainian and giving them to Ukrainian children “so that mothers with children can read and calm down. ‘mind at least for a while,’ as the foundation’s Nikola Sedláčková told TASR.

The foundation obtained a temporary copyright from RANOK Corporation, Imprints & Publishing Houses, a publishing house in Kharkiv, to print the five most popular books of this publisher. 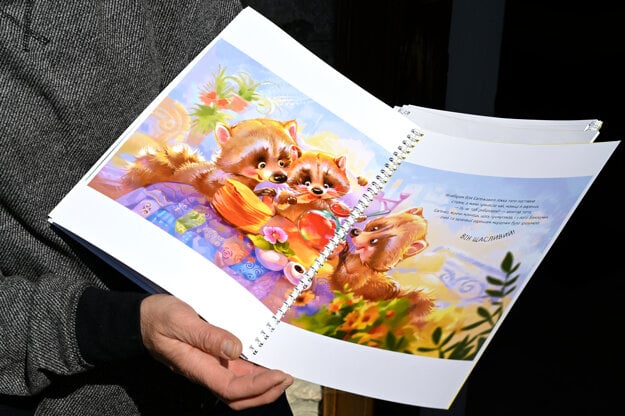 People can support the initiative on here. They can either give money or print the books and give them to Ukrainian children.

Four hundred years after the Hungarian coronation crown was kept safe in Trenčín for three months – a story unknown to the general Slovak public – local jewelers are working on its replica to mark the anniversary.

Trenčín Castle said that in the summer it would display the golden replica, placing it next to a 17th-century painting depicting the crown.

St. Stephen’s Crown, which is part of today’s coat of arms of Hungary, has been stolen, hidden and lost many times throughout history. In 1978, the United States returned the crown to the people of Hungary after almost four decades. 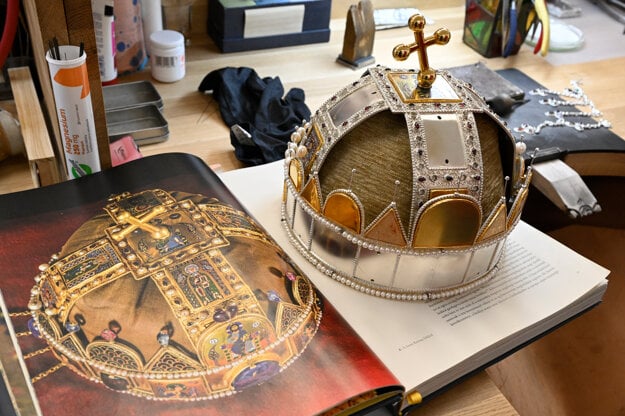 A replica of the Hungarian coronation crown will be on display at Trenčín Castle this summer. (Source: TASR)

At present, it is in the building of the Hungarian parliament in Budapest.

It was two years ago when “Vinspacirka”, a popular wine festival, was held in Banská Bystrica for the last time. The event will return to the city’s SNP plaza on Saturday, April 30, but organizers said they have changed it slightly.

Winegrowers from all over Slovakia will come to Banská Bystrica with new and proven varieties from their vineyards. “The change, which only applies to this year, is that visitors will not have to buy tickets in advance,” said Andrej Patráš from the Cech Hostinských guild. Visitors will pick up a wine tasting cup for a €3 deposit at designated locations. They will then buy wine samples from the winemakers.

The day-long festival will begin at 2:30 p.m. when the mayor of Banská Bystrica will launch a fountain in the square to kick off the summer season in the city. 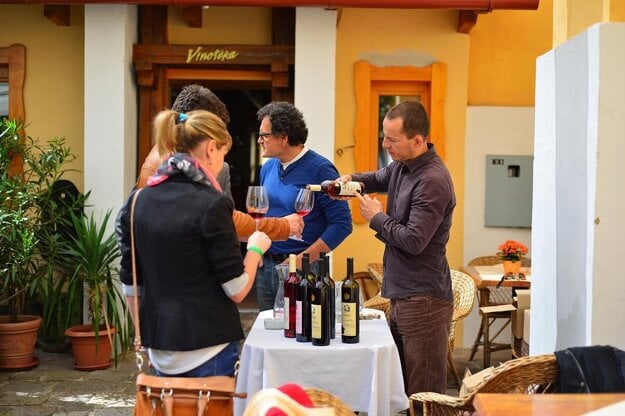 In addition to wine tasting, a jazz festival will be held in the square at the same time.

Food: The district of Rača organizes the traditional “hody”a festival of local food, wine and folk music, April 30 and May 1. The main events take place on Alstrova Street and in the Knižkova Valley, where there is an amphitheater.

Community: The Bon Marché, a community festival, returns to Panenská Street on April 30. 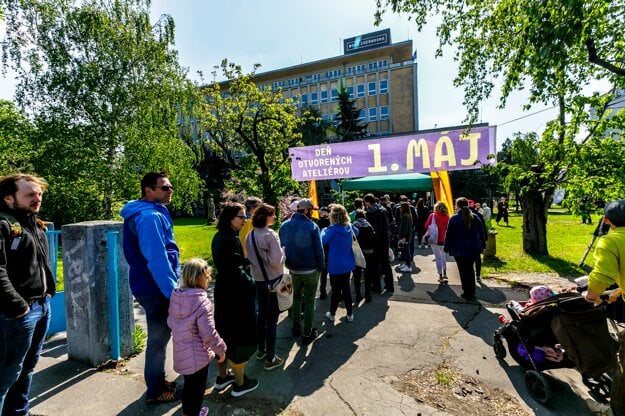 Concert: Malta Philharmonic Orchestra will perform at the Reduta building on May 4.

Falconry in Štiavnické Bane, near the picturesque popular tourist destination of Banská Štiavnica, lives on thanks to director Pavol Michal. A new chapter in the school’s history opens with his arrival.

“The school was about to close. Every year there were fewer and fewer students. They attended a school in the nearby town of Banská Štiavnica,” says Michal, who is himself a lifelong avid falconer. 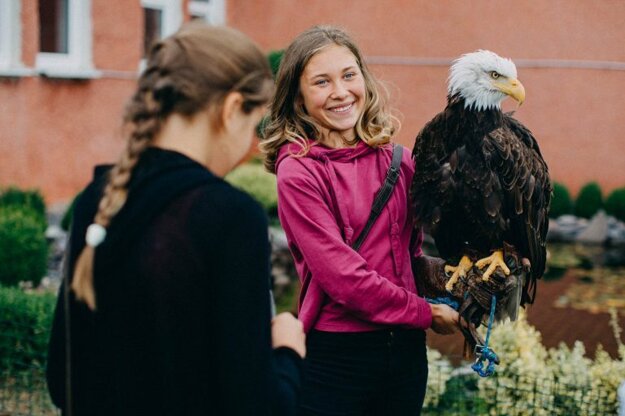 Pupils of the Maximilán Hell Primary School in Štiavnické Bane study falconry as a compulsory subject from the 5th grade. (Source: Nikola Kňažková/srdcovky.nadaciavub.sk)

“Falconry is my way of life. We started teaching it with my arrival. The first year it was just a club, a year later it became an optional subject, and since 2010 it has been a compulsory subject.

It’s all for this week. Have a relaxing weekend! – Rock

Do you have any advice? You can reach Peter at peter.dlhopolec@spectator.sk