Madden 23, based on the National Football League, is about to be released. It will be released on August 19, 2022 for Microsoft Windows, PlayStation 4, PlayStation 5, Xbox One and Xbox Series X/S platforms worldwide.

New additions to franchise mode will include free agency tools and additional business factors. EA also set up a hotline in July 2022 where video game players could contact to talk about a player’s rank being too low.

The PS5 and Xbox Series X/S versions of the game will feature better defensive animations, such as mid-air collisions and tackle assists, as well as a more accurate offensive passing mechanic.

And there’s another surprise in store for the community ahead of release. The soundtrack for the next game has already been unveiled. Are you ready to explore the initial standout music reveal?

The soundtrack features some of the most famous personalities, and everything is ready to keep you hooked. Relax because there are around 39 songs in total.

The intro to Risqkae ft. Rti$

Come On, Let’s Go by Nigo ft. Tyler the Creator

Remember Me by Benny the Butcher

One Shot by Gizzle ft. BRE-Z

Are You Ready by Marqus Clae

Put me in the game by Symba

How to be a star by Malachii

No Biggie by Pap Chanel

Shoot It Down by Aha Gazelle

Any Sunday by OnCue

Go get it by Symba

Get Money by Killer Mike

Waves has also created a playlist with some of the songs from Madden 23.

Additionally, in honor of the game’s namesake, former head coach and broadcaster John Madden, who passed away in December 2021, he will be the cover star. This is also the series’ first appearance on the Epic Games Store.

The cover of the next-gen version features a photo of Madden commemorating his Super Bowl XI triumph as head coach of the Oakland Raiders. 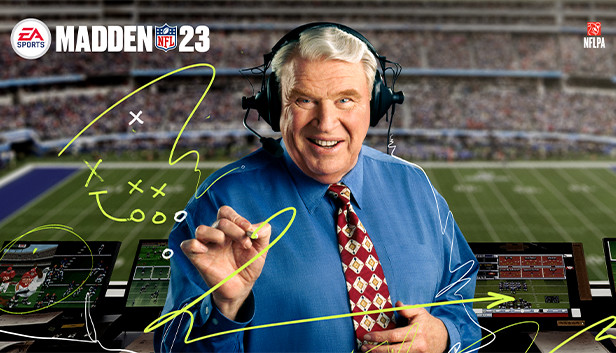 What do you think of the leaked soundtrack? Feel free to drop your favorites in the comments section below.