At Metro Court Gardens, Chase and Brook Lynn decide to pull out of the party to talk. Before they can, Linc shows up and has something to say. Chase remembers Linc and wonders what he wants. Linc says he may not be Brookie’s producer anymore, but they have unfinished business. Brook Lynn wants nothing to do with him and Chase tells her to handle it. Linc asks Brook Lynn if that’s her boyfriend, and she says yes and he’s a cop. He tells Chase that he has a good voice and recognized this song, which he is looking forward to producing. BLQ exclaims that she will never work with him again. Linc reveals that it’s a shame as he owns his songs through his old contact. Everything she wrote while he was her producer belongs to her. He’s been around his songs and he’s closing deals. She asks with whom, but he won’t give that information unless she signs with him again. Chase says that won’t happen, and BLQ echoes that she will never work with him again.

Linc thinks they can both benefit, and he underestimated Brook Lynn’s talents. Linc suggests that she come to his room and they can explore things further. Chase clenches his fist and warns Linc to back off, but it’s Brook Lynn who knocks him down. He jokes that he likes it rough, but only up to a point. Chase suggests he leave. Linc tells BLQ to call her when she calms down and walks away.

Chase asks BLQ why she did that when he was going to hit Linc himself. Brook Lynn says Linc is his problem and he’s almost suspended. She will no longer let him blow on her account. He thanks her for having his back. 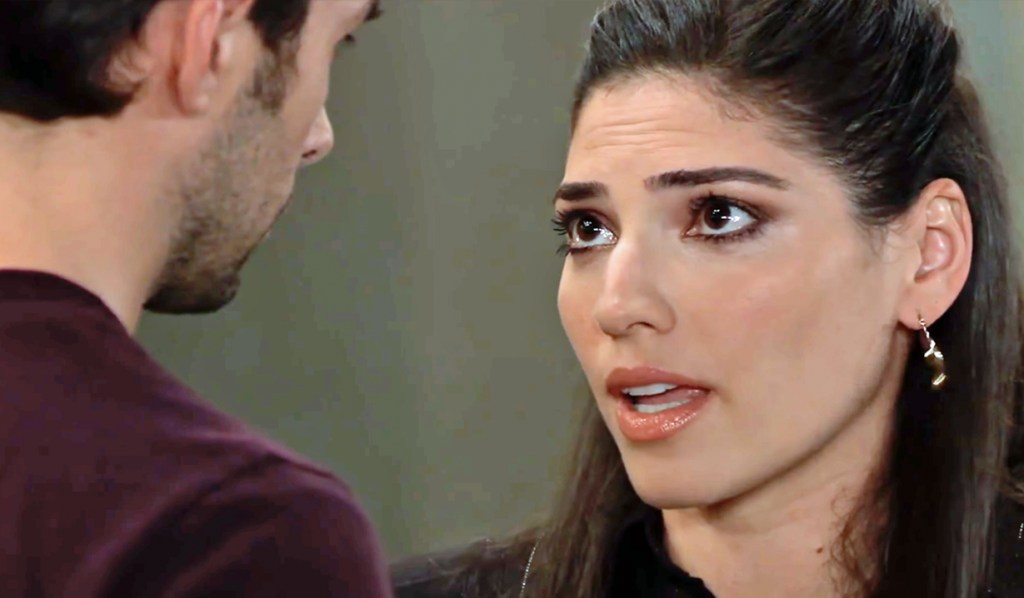 Chase asks if Linc really owns his music. She notes that it could be possible because she had stars in her eyes when she signed this contract. She wonders why every time she thinks her life is on the right track, something happens. Chase takes her hand which is hurting her and asks to help her. She says he could get her an ice pack and he smiles at her. As they get closer, BLQ realizes that she needs to contact a lawyer. She won’t let Linc get the better of her again and rushes off leaving Chase standing there. 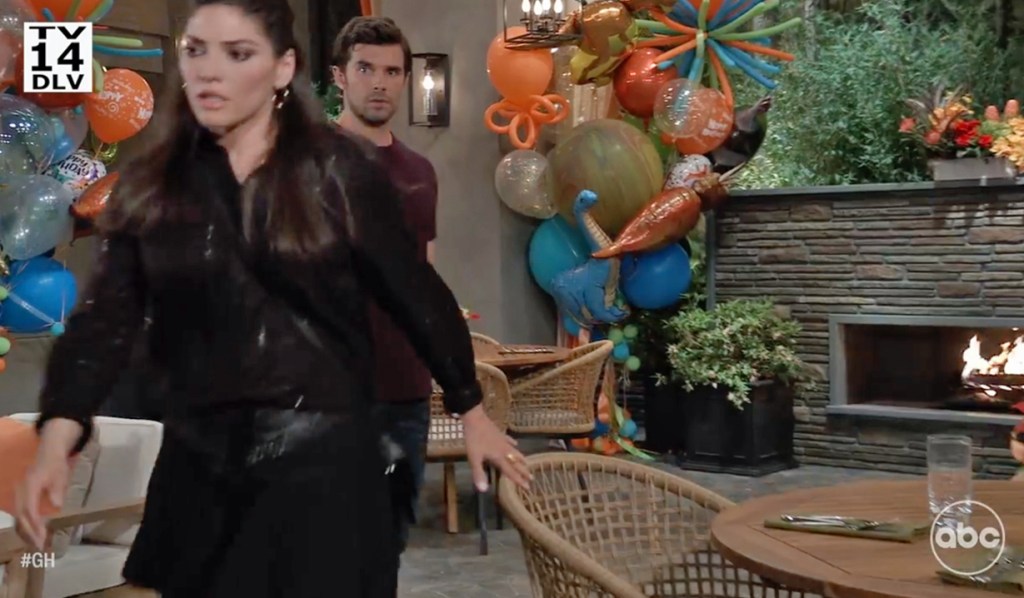 Curtis checks in with Portia at the hospital. She cries, she is happy that he is there and hugs him. She updates him on the Title 9 investigation – she’s worried about Trina. He promises that they will get Trina out of this. Curtis changes the subject and tells Portia that he stopped to tell her he was leaving after Marshall. However, he now realizes that he cannot pursue this investigation of Title 9. She asks why he suddenly wants to pursue him and asks if Stella told him anything. He states that Marshall wasn’t the only one lying to him. 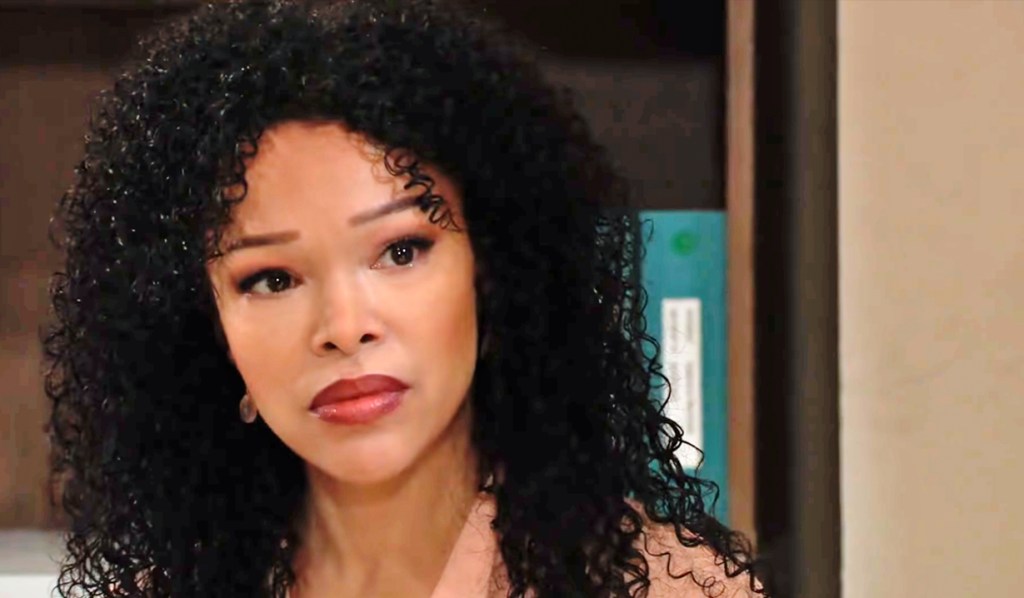 Curtis reveals to Portia that Stella and her mother knew Marshall was alive and led him and Tommy to believe he was dead. Portia guesses that Stella was probably doing what she thought was best, and she and her mother were probably trying to protect him. Curtis wonders why Stella didn’t tell him when he was growing up. Portia says maybe she didn’t expect Marshall to come back, and she thought it would be nicer not to tell him. She asks if he ever let something go on so long that he doesn’t know how to fix it. He assumes she thinks that’s what he’s doing with Marshall. She urges him to find Marshall and notes that the hearing isn’t for 10 days. He doesn’t even know where to start looking. 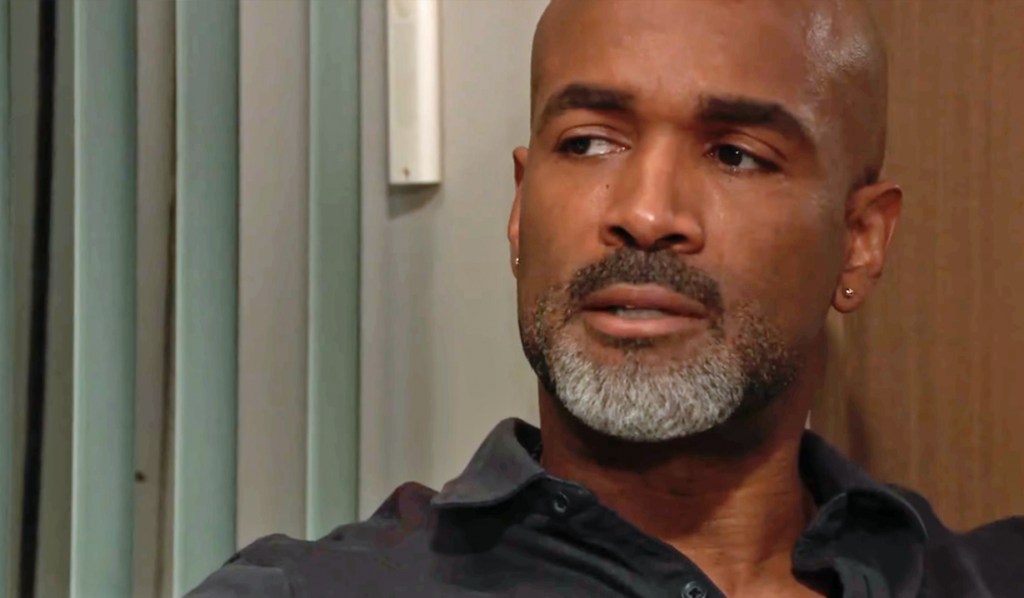 Jordan walks by and asks if Curtis talked to TJ. Curtis asks what? She reveals that he and Molly went to Brooklyn because they think Marshall might be there.

Molly and TJ are at a restaurant in Brooklyn and meet Mr. Purdy, who runs the repair shop used by Curtis. He claims he doesn’t think he can help TJ because the story he told her on the phone means nothing to her. TJ shows him the clarinet and he remembers working on it. TJ asks if he can put them in touch with the owner, but he insists he doesn’t know the guy. He reveals that he has a lot of customers and he can’t remember them all. TJ explains that they are looking for his grandfather and it is important that they find him. He begs Mr. Purdy to help them find Marshall. 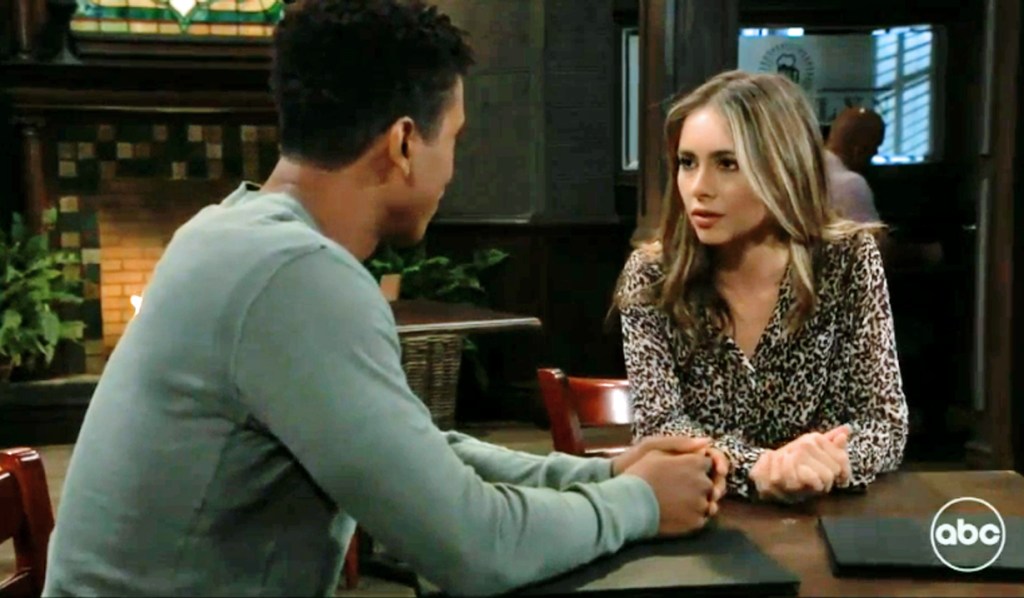 Purdy asks how he ended up with the clarinet. TJ reveals that Marshall left it for him and shows him the note he also left. Mr. Purdy admits he knows him, and he goes by Marshall Parker in those parts. He thinks TJ must be special if he gave him the clarinet. He hasn’t seen him for a while, but he will ask around. TJ thanks him and gives him his number. Purdy promises to deliver the message, but it’s up to Marshall if he wants to get in touch with him. 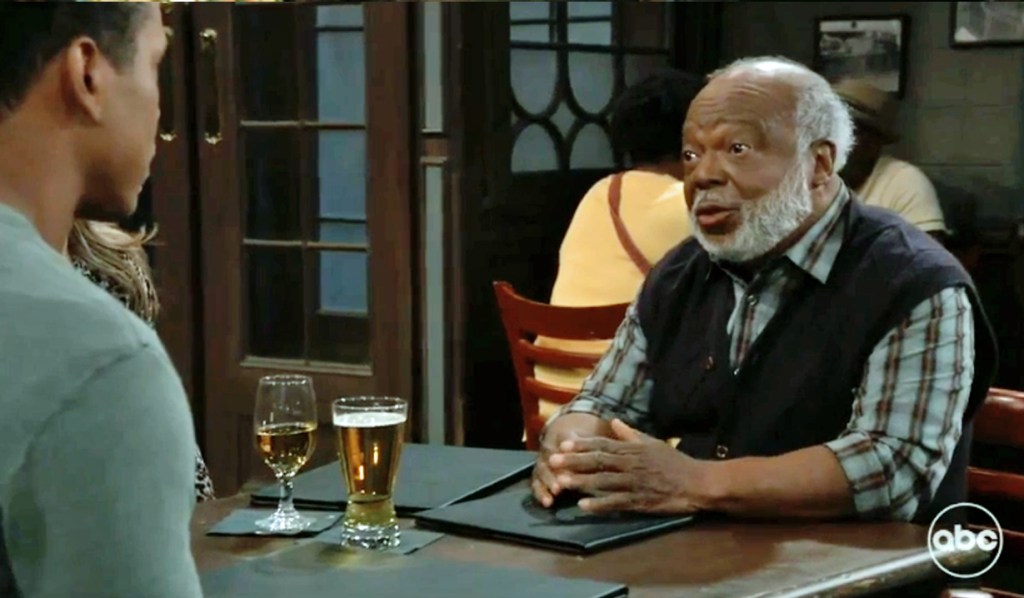 Later, TJ gets a call from Curtis. Curtis knows where he is and asks if he wants company. TJ asks why he changed his mind about his father. Curtis no longer wants to see Marshall out of their lives, he will go to Brooklyn and they can find him together.

Back at the hospital, Jordan walks into the hallway to let someone know by phone that she’s in GH and checking on Officer Pullman’s status. She returns to Portia’s office but gets carried away when she sees Portia and Curtis kissing. They end up walking out of the office into the hall.

Curtis tells Portia he’ll be back in time for the hearing. He takes off, but not before thanking Jordan for telling him about TJ. Jordan tells Portia that she’s happy to see Curtis finally has the family he’s wanted since he was a kid. 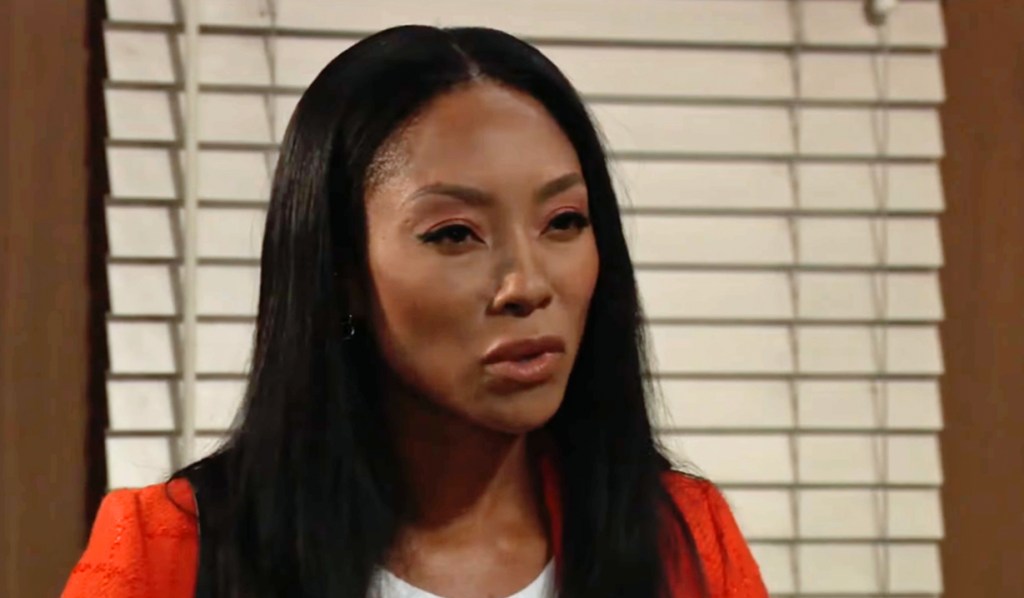 At the restaurant in Brooklyn, Molly is happy that Curtis is joining them, but wonders what they should do in the meantime. TJ suggests they go to the jazz bar around the corner. He jokes and if they met Marshall playing there. Suddenly, Marshall walks through the door and looks at TJ. 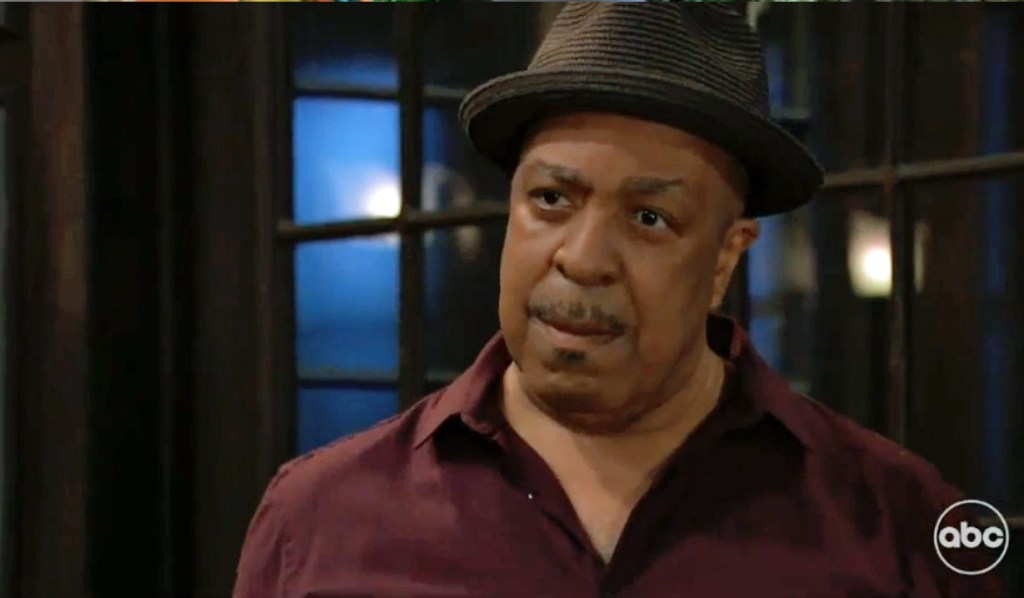 At Brando’s garage, Sonny apologizes for taking Brando away from having dinner with his family. Brando tells her he’s family too and asks what’s going on with the car. Sonny thinks it could be the starter or the wiring. He noticed it a few days ago, and Avery was shaken by the sound because she thought they wouldn’t make it to her dance performance. Sonny tells him how it happened and how he met Michael and Willow. Brando knows he has issues with his son.

After: Is Michael putting himself and Willow in danger?

They continue to work on the car and Brando is sorry to hear that Sonny and Michael still don’t get along. Brando can’t find anything wrong with the starter or the wires and suspects it’s… Sonny assumes it’s the spark plugs. Brando suggests Sonny get ready to get his hands dirty. 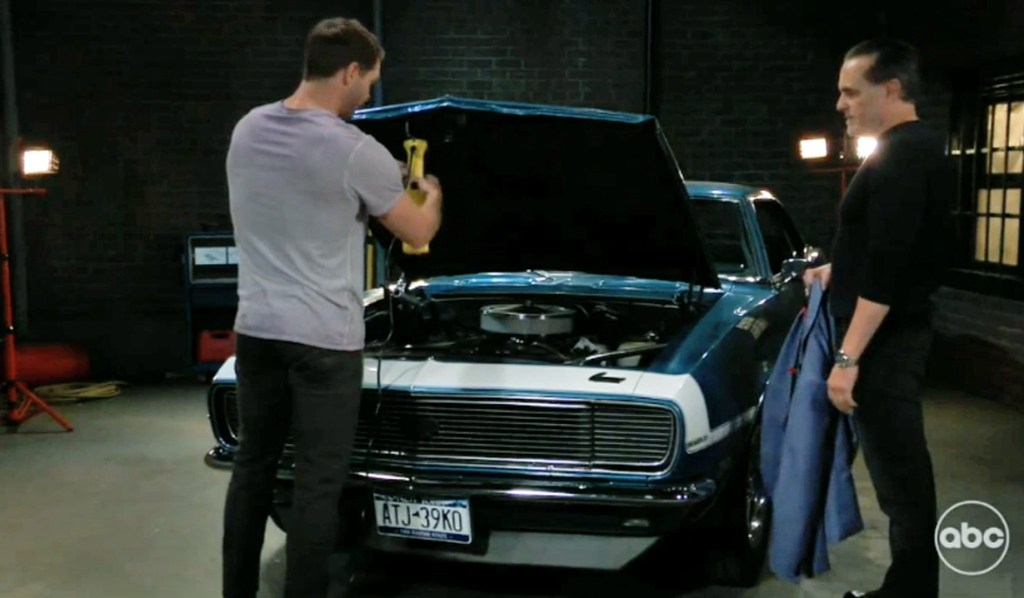 After fixing the car, Brando tells Sonny that he thinks he and Michael will work things out. Sonny is unsure and reveals that Michael is actively trying to bring him down. Sonny knows his son forgives up to a point, and then he gets stubborn. Brando points out that he wouldn’t be the man he is today without Sonny, and it would be a shame if Michael didn’t have him in his life. 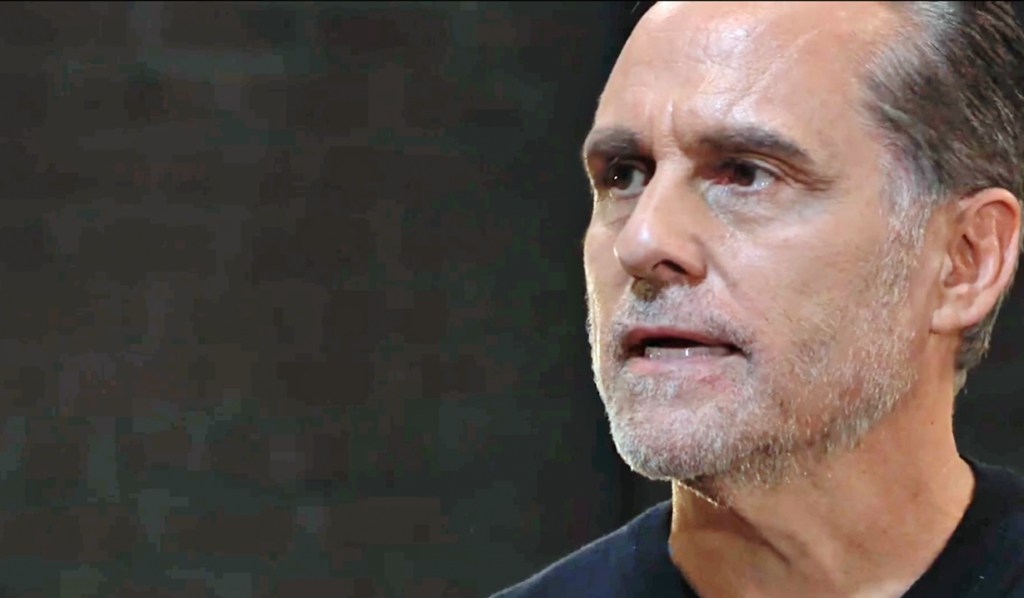 At the Port Charles Grill, Gladys shows Sasha the pills the photographer gave her in exchange for the memory card, and she knows that Sasha is on drugs again. Sasha denies it, but Gladys doesn’t believe her and threatens to go see Brando. 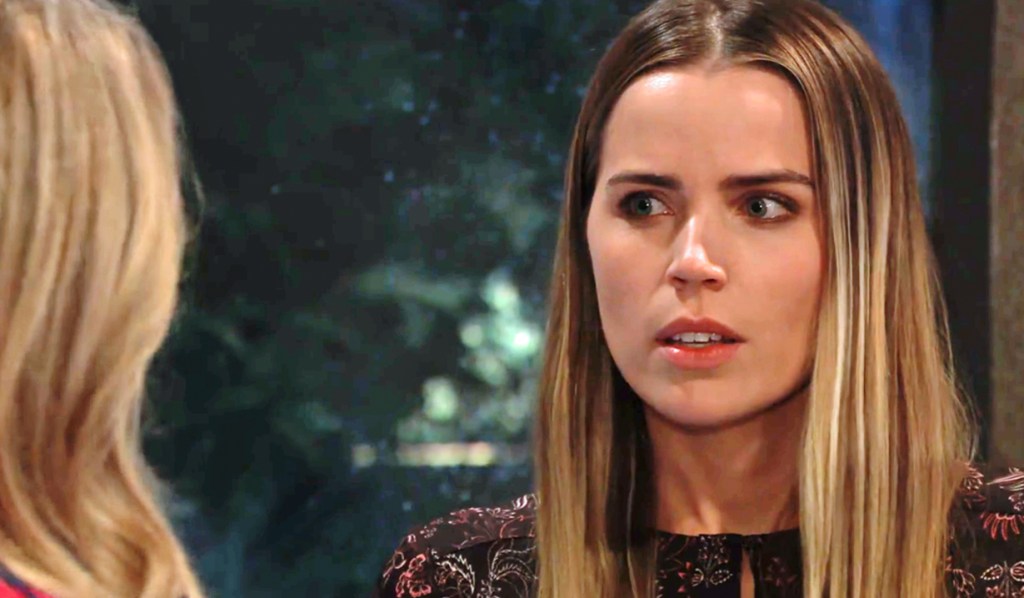 Sasha and Gladys return to the deception office, and Sasha points out that her drug history is no secret. She tries to insist that the photographer assumed she would give him the drug card. Gladys tells her to stop the act seeing the photos on the memory card, including Sasha dropping pills at the restaurant. Gladys says she needs to ask if she was stoned when she hit Harmony. Sasha swears she wasn’t. 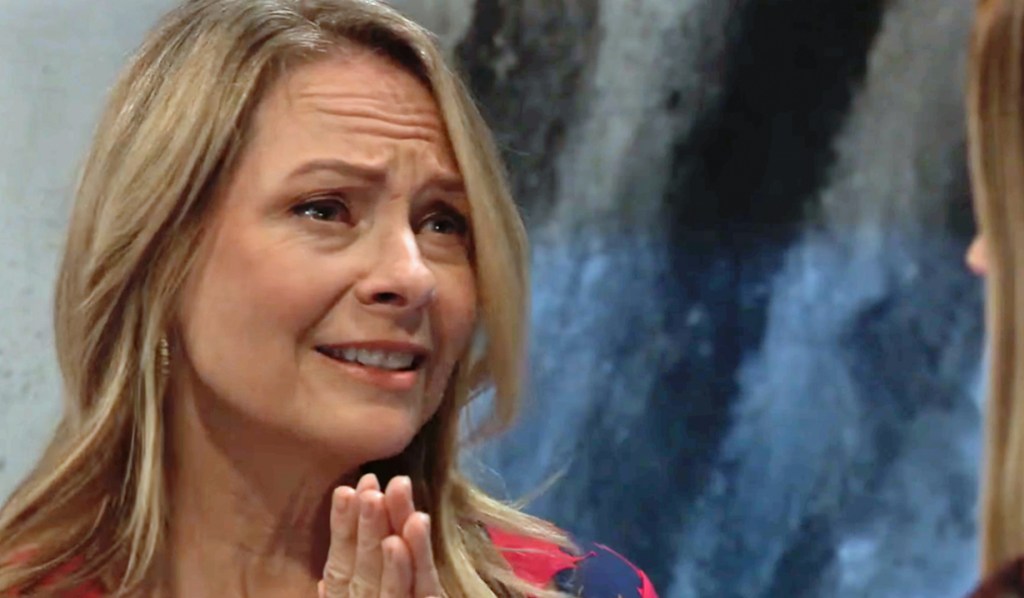 Sasha cries that she is not proud, but she needed help after Liam died. She felt like she was being watched 24/7, that everyone took pity on her and expected her to break down. She needed help to overcome the pain. Gladys understands, but she had the pills in her hand before getting in the car that night. Sasha swears on Liam’s memory that she didn’t take anything. Gladys believes her and they kiss.

After: The General Hospital alum stalks his co-star

Gladys asks if the pills were prescribed, but Sasha admits they weren’t. Gladys insists Brando needs to know, but Sasha cries that she’s done with drugs. Sasha thinks Brando needs to heal too, and he won’t if he’s worried about her. She promises Gladys that she’s done with drugs, she got her awakening as she rushed to pick up the pills from the floor like a junkie. She thinks she’s strong enough to pull through, but she’ll do anything Gladys asks her to do to convince her.

Gladys and Sasha arrive at the garage and surprise Brando. Gladys explains that Sasha has something to tell her, and Sasha says, “Gladys is moving in with us.” 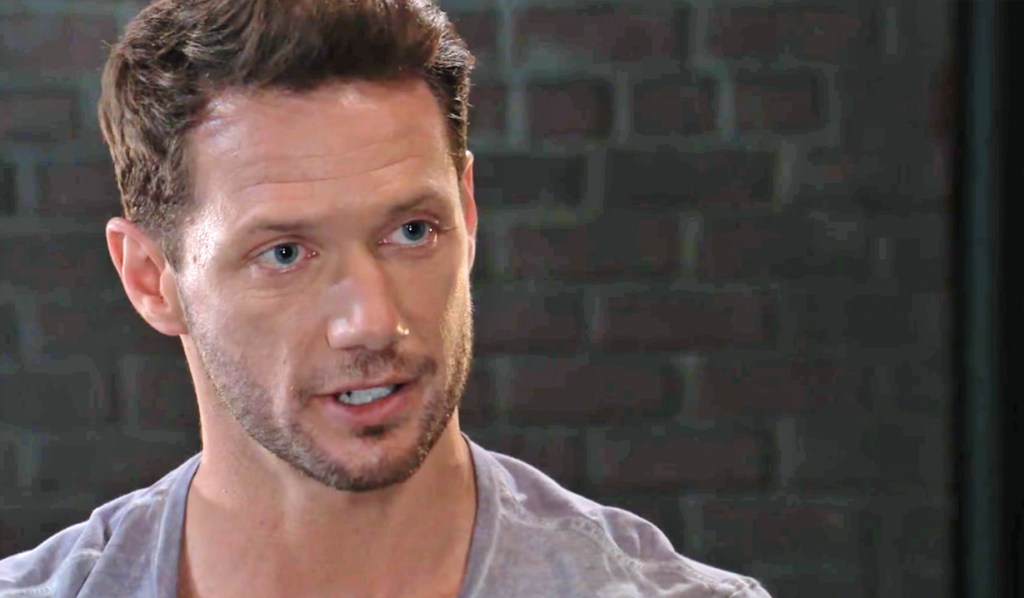 See you next time General Hospital: Finn tells Gregory he’s worried about losing Liz. Stella tells Portia she has something most people want. TJ asks Marshall, “Did we come all this way for nothing? Liz says to someone, “I don’t want you here.”

Also be sure to check all the main outputs of general hospital by browsing the gallery below.

Please note that if you purchase something by clicking a link in this story, we may receive a small commission from the sale.

Did you miss today’s episode? Catch up via Hulu.